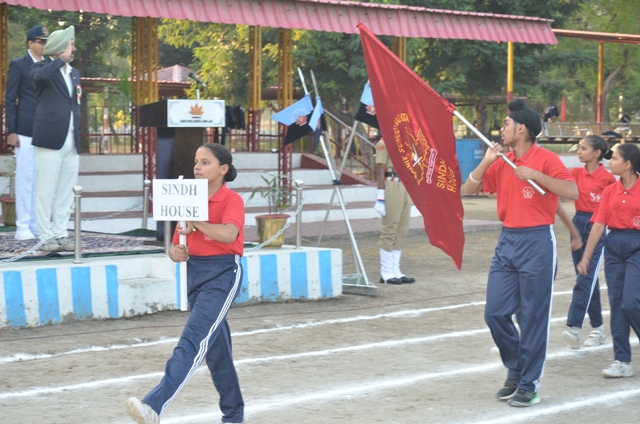 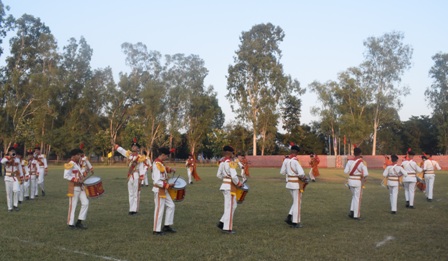 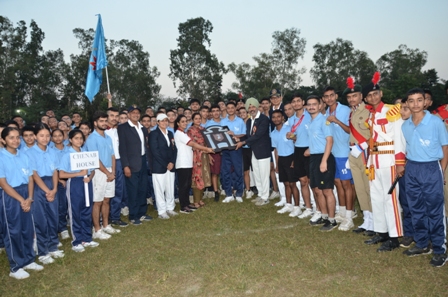 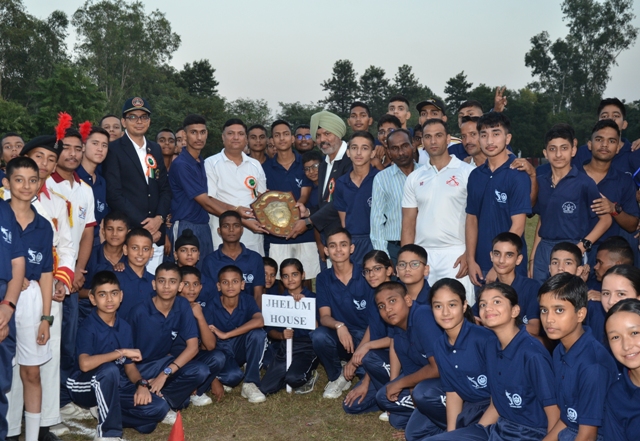 Curtains came down on the 46th Annual Athletic Meet of Sainik School Nagrota at school stadium amidst fanfare and jubilation on 14 Oct 2022. Air Cmde Gurjot Singh Bhullar VM(G), Air Officer Commanding, 23 Wing Air Force, Jammu presided over the function as Chief Guest and gave away the medals and trophies to the winners. Chenab House won the Championship at the end of third and final day in Senior category with 175 points and Jhelum House in Junior category with 125 points. The final day’s events included exciting competitions of 4 x 100 m relay for Seniors, Triple jump for Juniors and 100 m run for both categories. Cadet Mohit Sharma won the 100m run for Seniors and the relay team of Chenab House finished winners in 4x100m relay race. For the first time Girl Cadets also participated in the meet and gave impressive performance in all events they participated.

The Closing Ceremony was marked by an impressive march past by the participating houses amidst resounding applause from the audience. Cadet Mohit Sharma of Chenab House was declared Best Athlete amongst the Seniors while Cadet Raghav chib of Jhelum House won the Best Athlete award in the Junior category. Addressing the cadets, the Chief Guest complimented the winners as well as the organizing team for putting up a stupendous show. The Chief Guest in his address appreciated all Cadets for displaying commendable zeal and high standards of performance in various events. He also interacted with the Cadet Appointments over tea and motivated them to lead by example and strive for excellence in all spheres.

The athletic meet concluded with an enthralling display by the School Band.