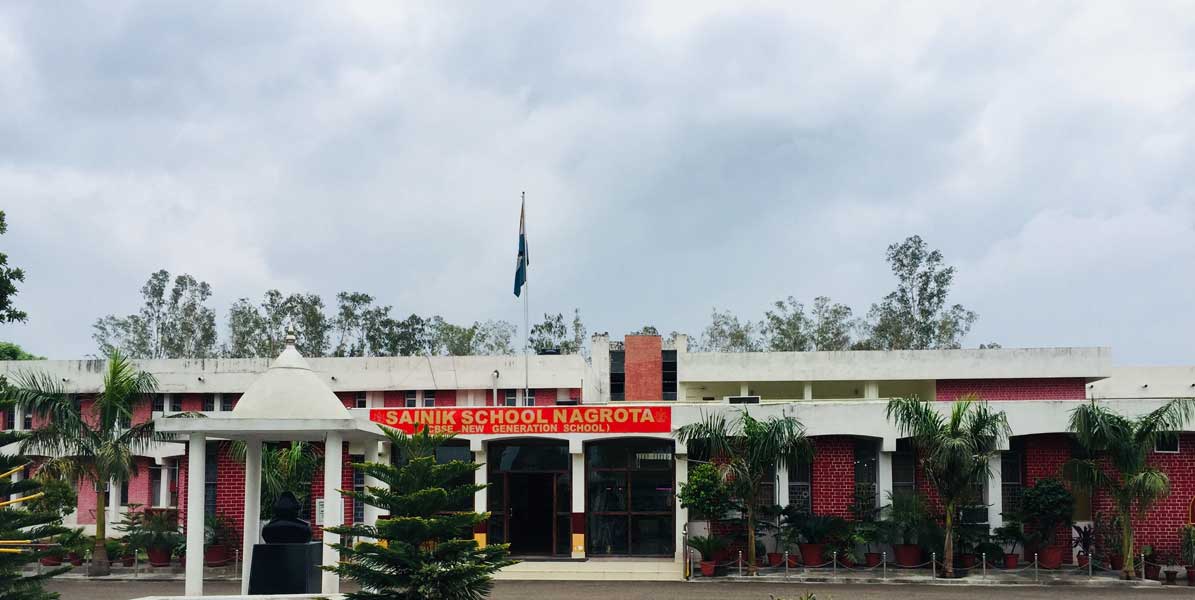 Sainik School Nagrota, Jammu & Kashmir is a residential Public School inaugurated on 22 Ag 1970 by the then Defence Minister Late Sh Jagjivan Ram. The Founder Principal was Cdr NN Seth. The school campus is located 18 kms away from the nearest railway station Jammu Tawi and linked with Jammu-Srinagar Highway (NH-1A). The lush green campus is situated at Nagrota in Jammu on the banks of river Tawi and spread over 108 acres of land, comprising playgrounds, courts, obstacle course, mini-stadium, administrative and academic blocks, infirmary, primary wing, hostels, cadets’ mess, guest house, auditorium etc. The school has excelled in her primary role as a feeder institution to the Armed Forces and has over 800 Ex-Nagrotians to her credit as officers in the Armed Forces which other than NDA include OTA, IMA, AFA and Indian Naval Academy. A large number of alumni are IAS, IPS officers, Doctors and Engineers serving not only in J&K but all over the country and abroad.