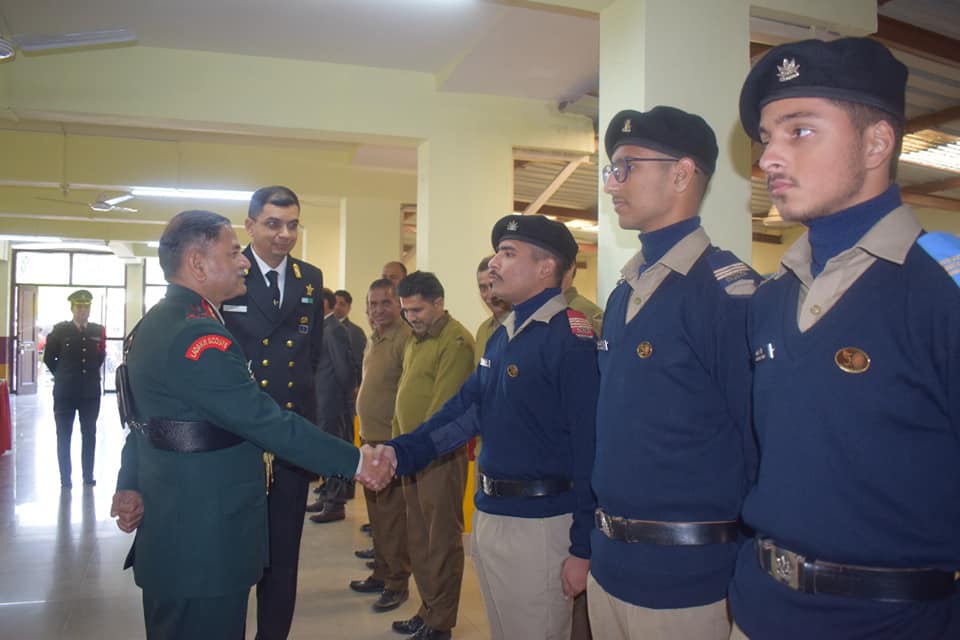 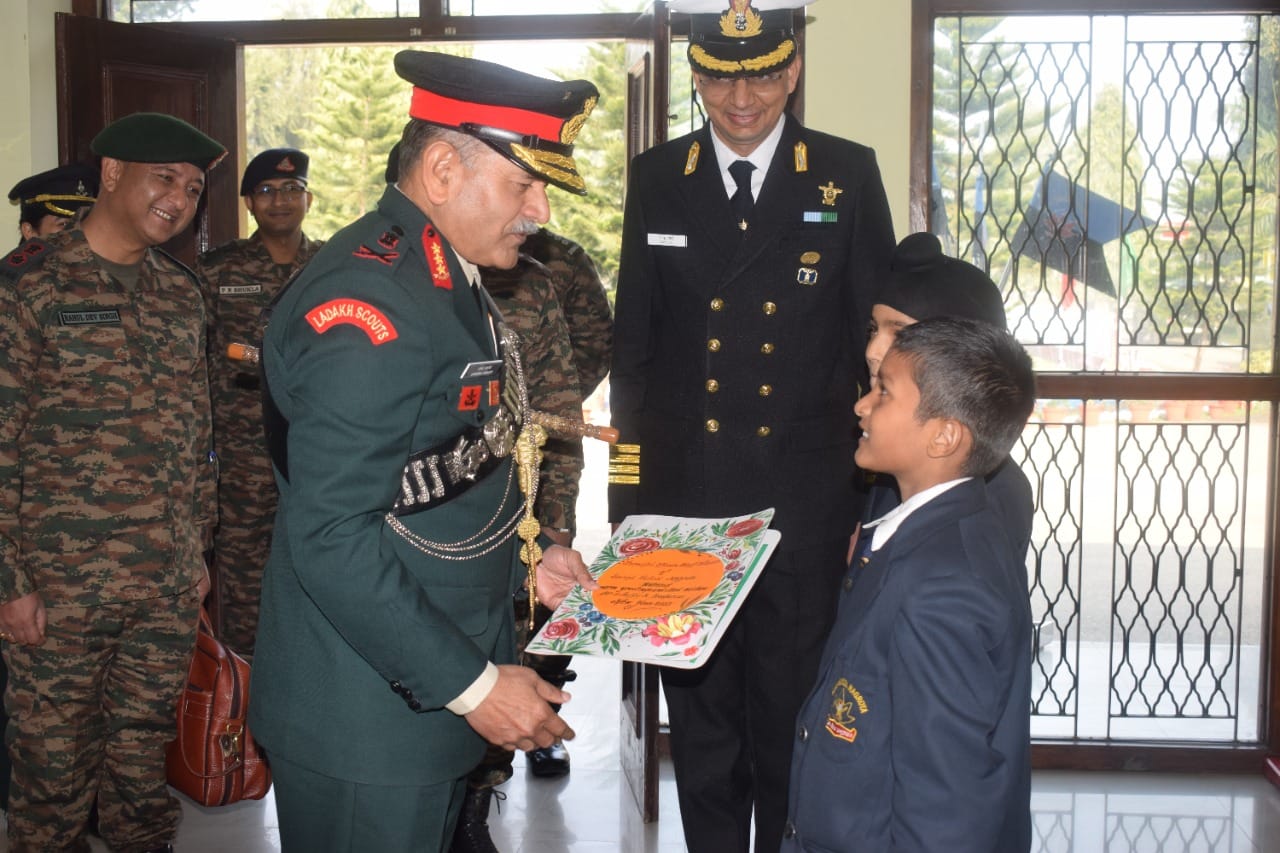 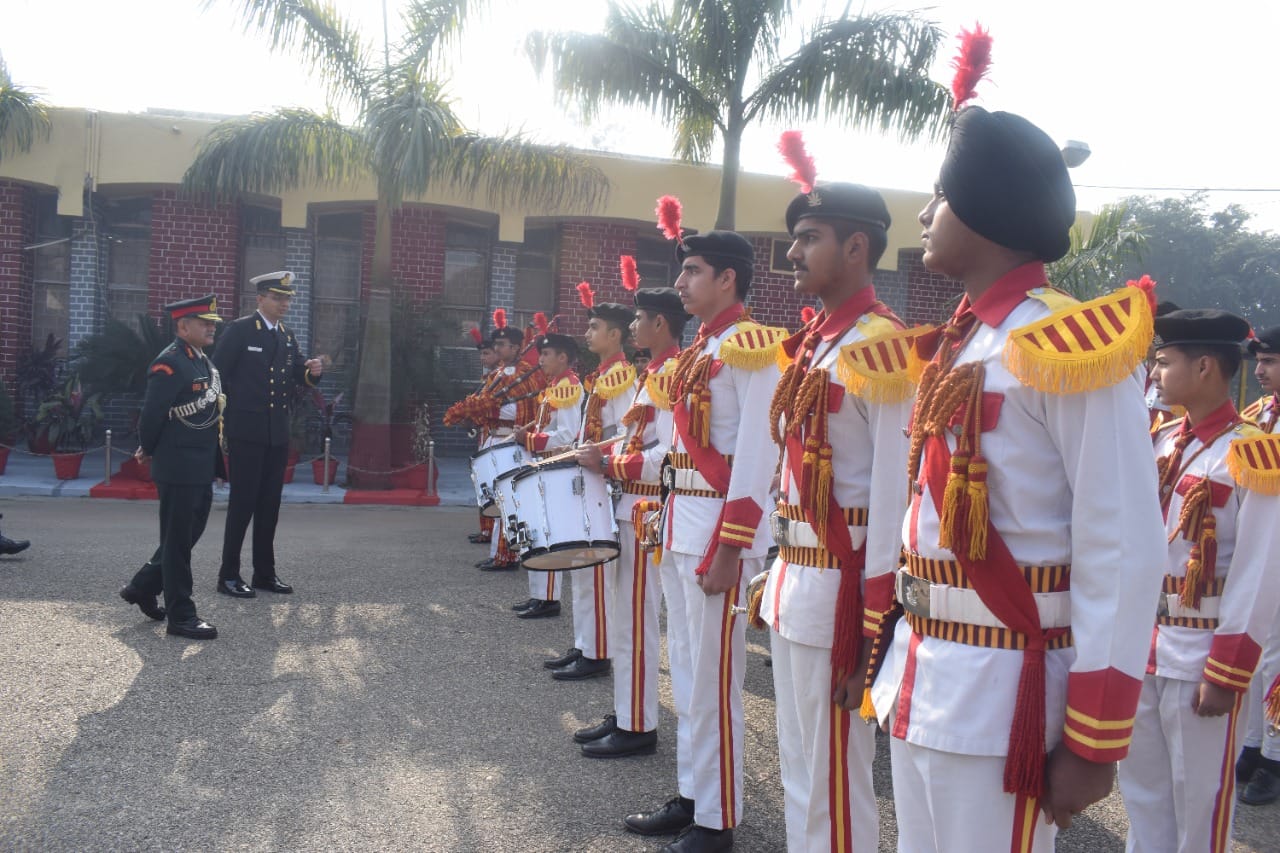 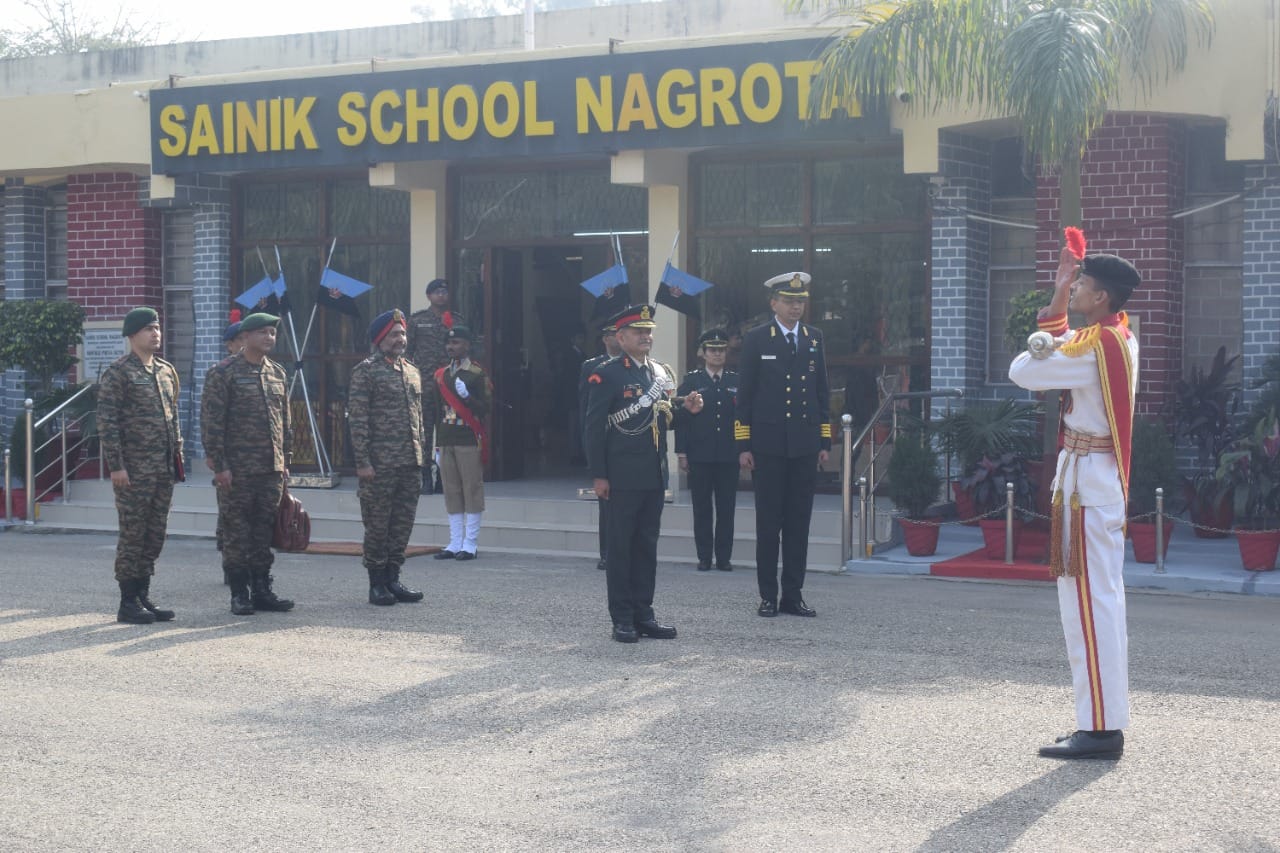 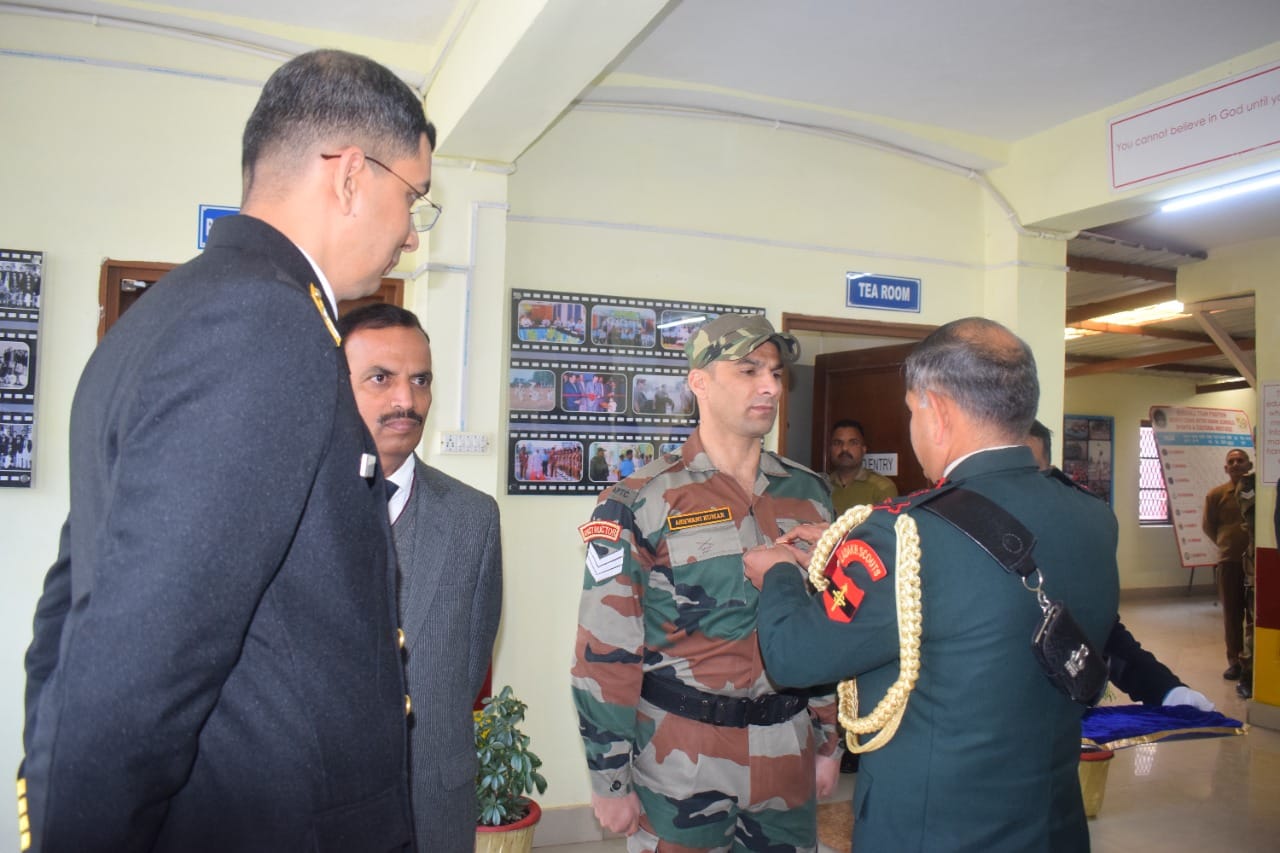 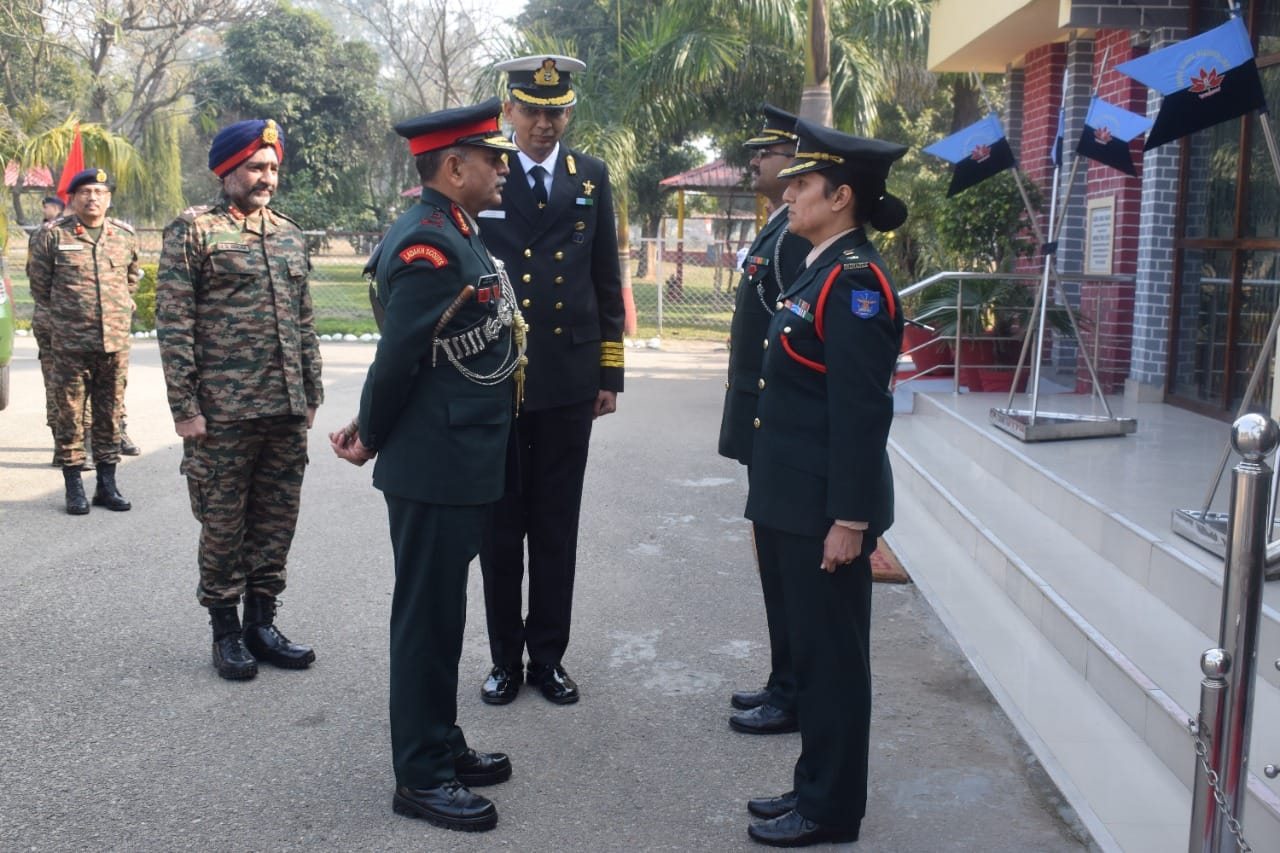 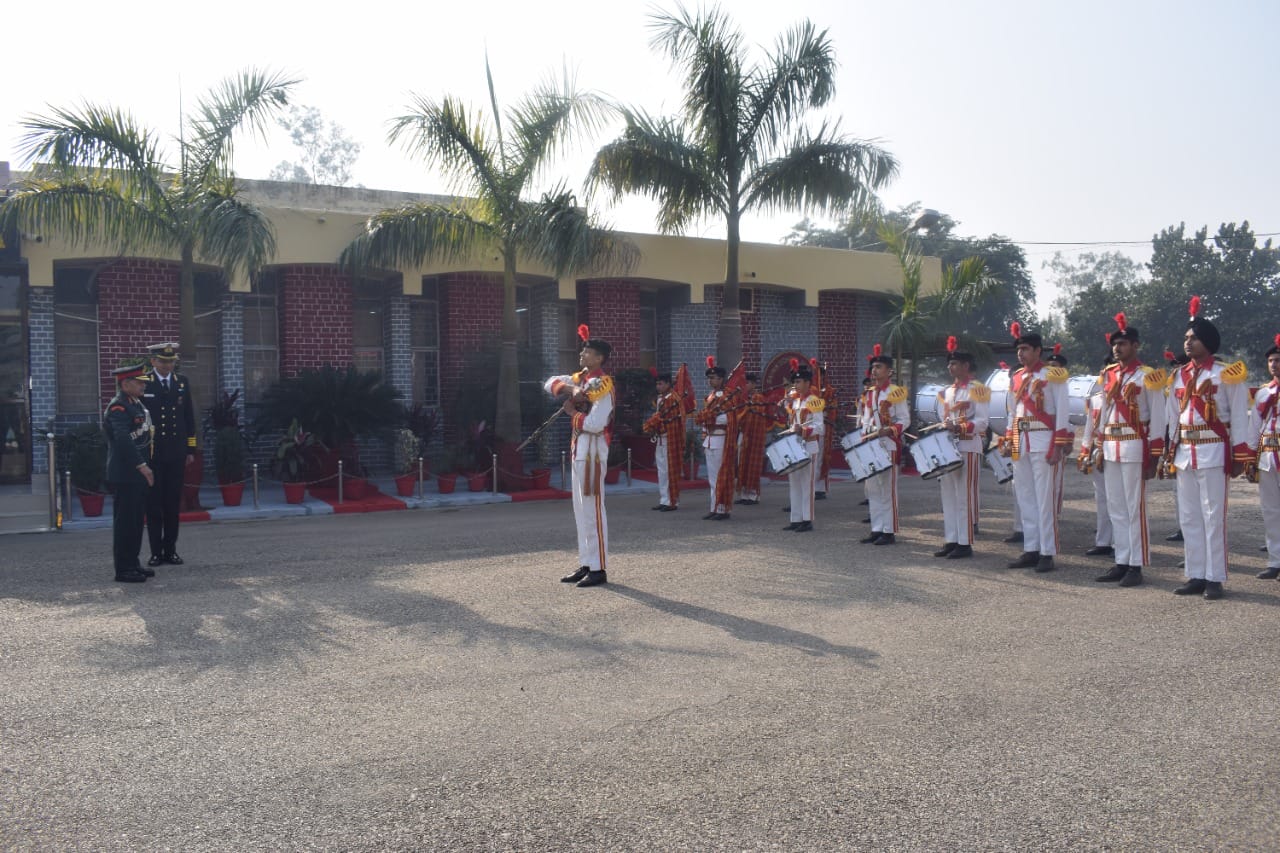 NAGROTA 24 DEC 22: Lt Gen Upendra Dwivedi, AVSM, GOC-IN-C, Northern Command visited Sainik School Nagrota on 24 Dec 22 and interacted with the officers, staff and cadets of the School. The General Officer was received with fanfare by the School Band led by the Band Captain Cadet Ayush Pratap Singh. The youngest Class VI cadets of the school Cadet Ayush Rathore and Cadet Anshpreet Singh presented a welcome greeting card on arrival. Capt (IN) AK Desai, Principal gave a pictorial presentation and briefed the General about the recent initiatives and achievements of the School in various spheres including academics, sports and adventure activities. Maj Gen JS Bindra, CoS, HQ 16 Corps & Chairman, LBA of the school and Brig AK Borah, VSM, Station Commander, Nagrota Military Station were also present during the visit.

During his interaction with the cadets which included those awaiting SSB interview and the School Cadet Appointments, the General impressed on maintaining positive outlook and proactive approach at all times. He also had a special word of appreciation for the girl cadets who have joined the school with an aspiration to become officers in the Armed Forces and expressed confidence that they will add a new chapter to the glorious history of this Golden Jubilee institution in the coming years. The General awarded on the spot Commendation to Hav Ashoni Kumar APTC and Mr S Rajagopalan, Senior Master of the School in recognition of the meritorious services rendered by them towards achieving the vision of the School.