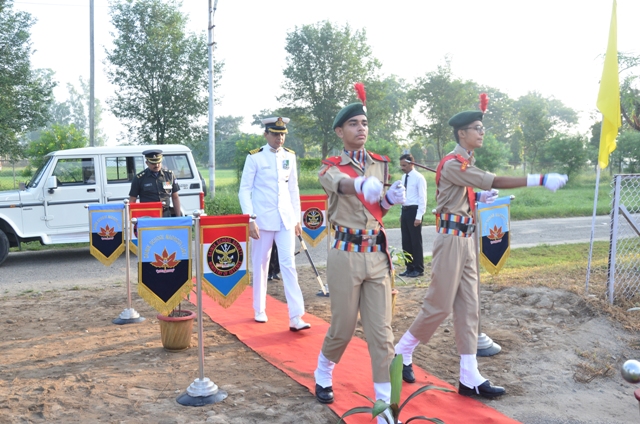 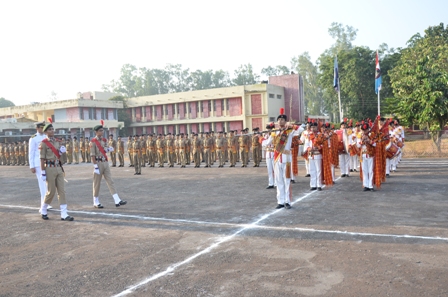 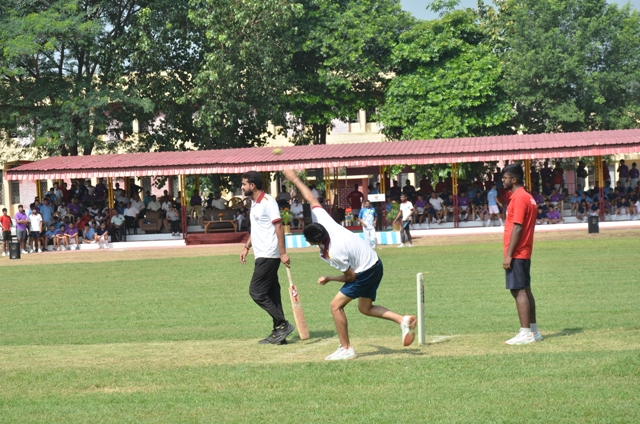 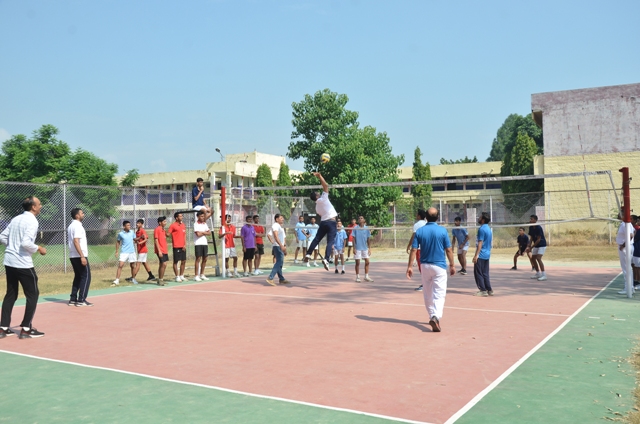 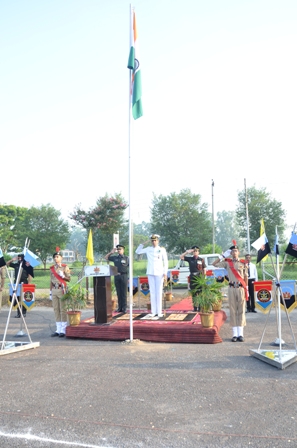 Jammu, Aug 22: The 53rd Raising Day of Sainik School Nagrota was celebrated in the school with great spirit and fervour, commemorating the inauguration of this school by Shri Jagjivan Ram, the then Defence Minister of India on August 22, 1970.

Celebrations began with a ceremonial parade led by the School Captain Cdt Alok Singh Sengar at Drill Square. Cadets of the school turned out in immaculate ceremonial attires and presented a crisp display of March Past. Capt(IN) AK Desai, Principal reviewed the ceremonial parade. School Band led by Cdt Aayush Pratap Singh presented before the audience a splendid Band Display right after the March Past.

The second session of the celebration resumed on the Sports Field at Major Somnath Sharma Stadium of the School. Two exciting exhibition Cricket and Volleyball matches were played between staff and the cadets’ teams followed by the inter-house tug-of-war competition. Family Members of staff participated in Fun Games specifically organised for them after a very long and rejuvenating break.

Late in the evening a Cultural Programme was held at the Auditorium where various clubs displayed their creative ideas in front of the audience on the stage. The show received resounding applause from one and all. The children of the staff also presented a talent show exhibiting their skills in a variety of items and added splendour to the celebrations. 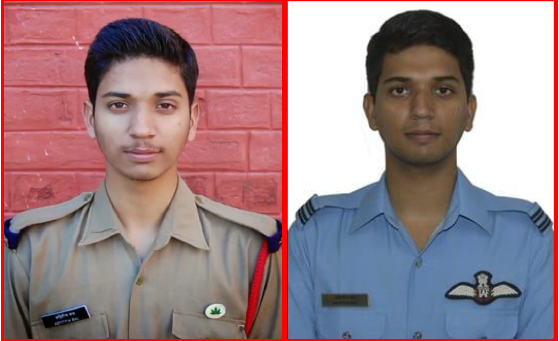 FLIGHT LIEUTENANT ADVITIYA BAL was a Nagrotian who joined Sainik School Nagrota in 2007 and passed out in 2014. He joined 132nd Course at National Defence Academy and was later commissioned into Indian Air Force as an Officer.

May the noble soul rest in eternal peace. 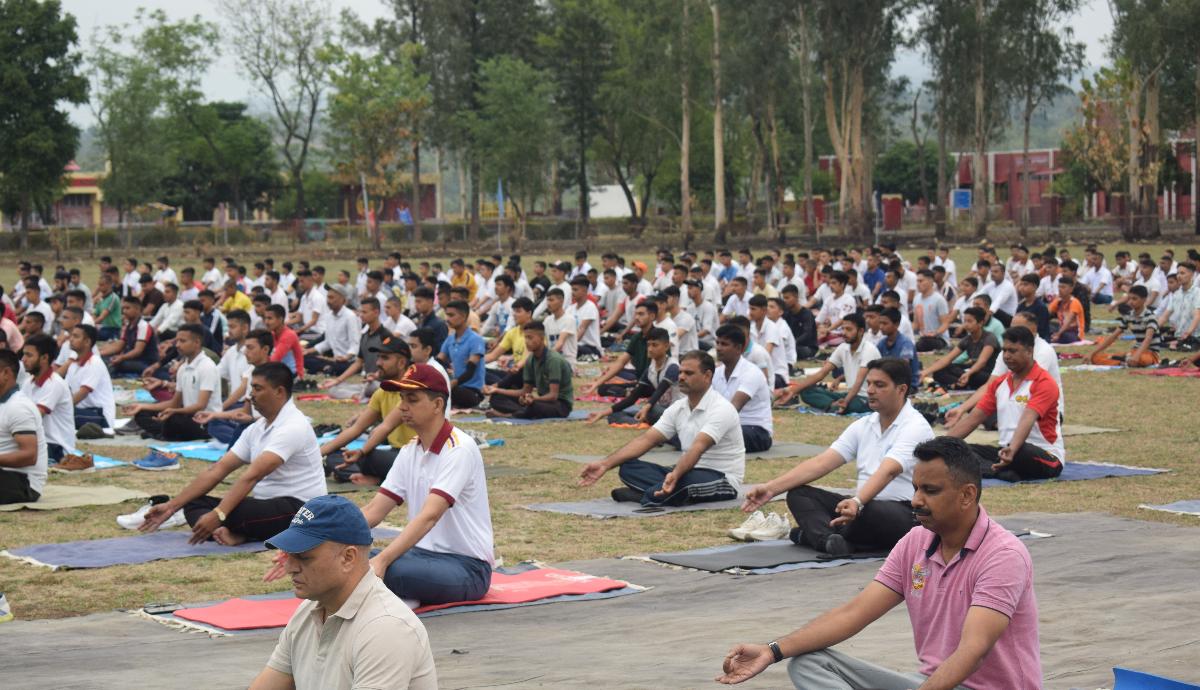 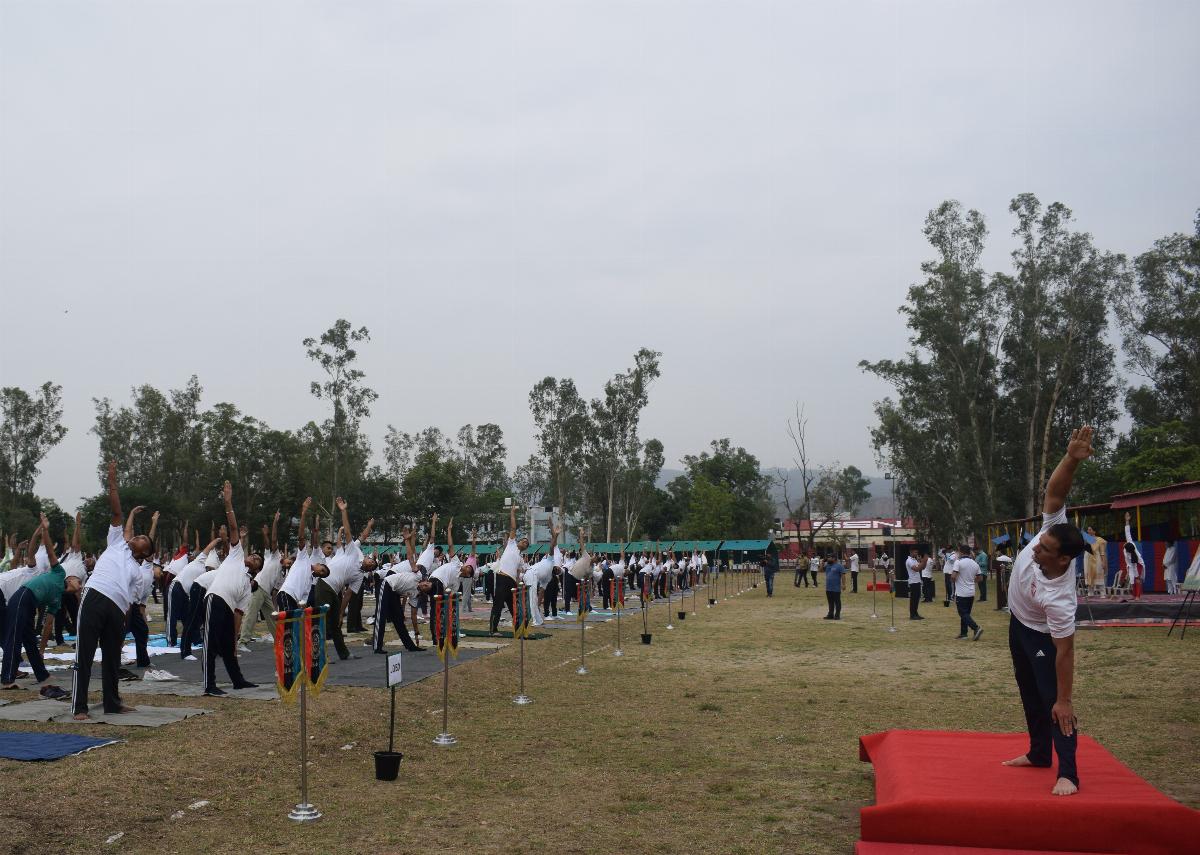 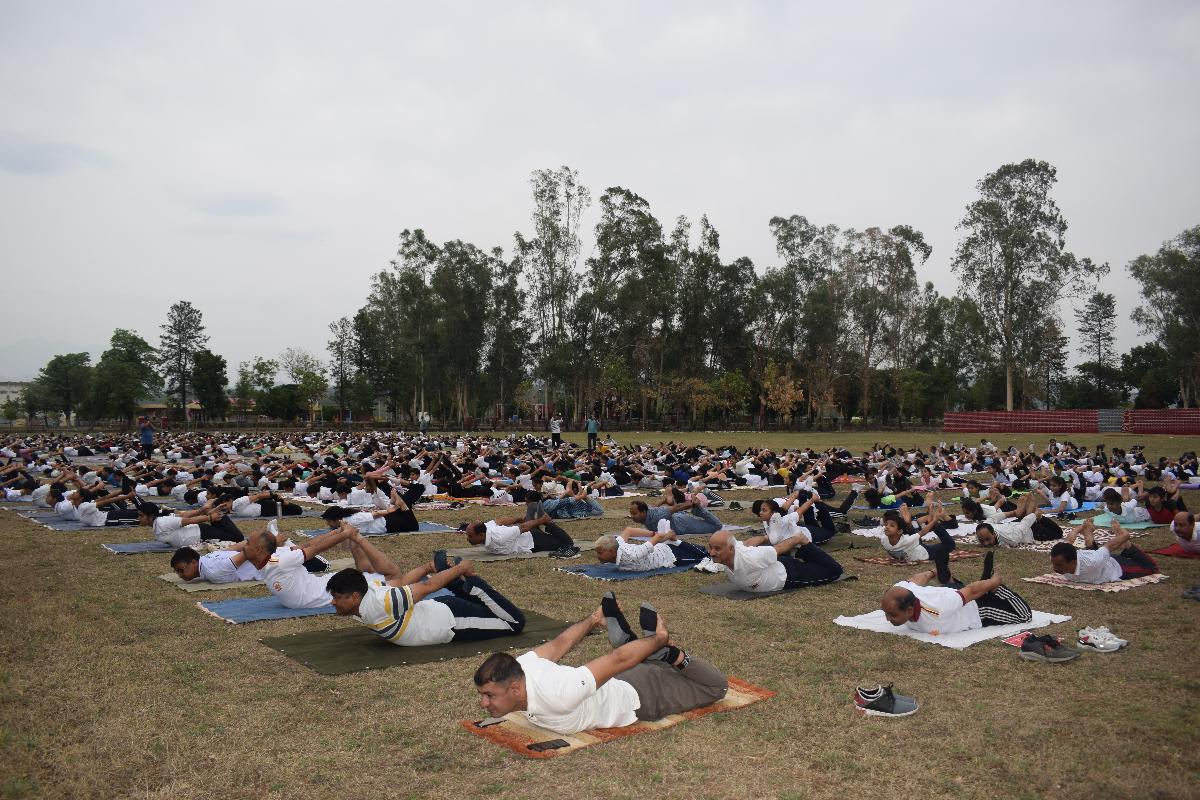 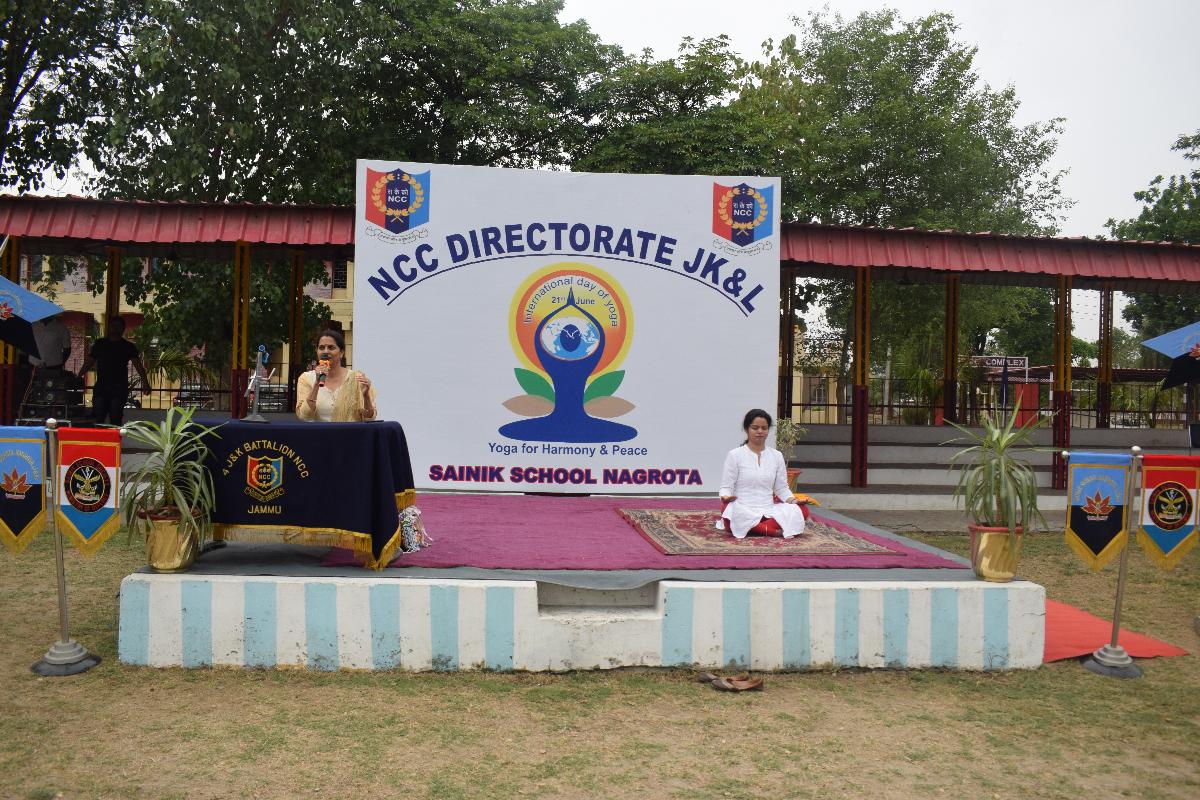 The eighth edition of International Day of Yoga was celebrated with great spirit and fervor at Sainik School Nagrota on 21 June 2022. The massive display Yoga Asanas and meditation was organized by the School in collaboration with the J&K Directorate of National Cadet Corps (NCC). Besides Officers, cadets, staff and families of Sainik School Nagrota, studetns from various other schools, Officers and Training Staff from NCC gathered at the School Stadium to participate in this mega event. Yoga Experts from Art of Living, Jammu Division conducted the session in a highly professional manner and got each participant spiritually engaged in this practice. A large number of girl cadets, lady officials and children also participated in this event.

The theme of this year’s Yoga Day celebrations is ‘Yoga for Humanity’ and around 800 people performed yoga which is India’s gift to humanity and it is a holistic approach to health and well-being, balancing mind, body and soul. Brig Raina, Group Commander NCC presented mementoes to the Yoga gurus and emphasized the importance of adopting yoga as a way of life for maintaining a healthy and robust internal as well as external environment.

Capt (IN) AK Desai, Principal Sainik School Nagrota complimented the cadets, staff and families for participating in this grand event in large numbers and urged them to spread the message of ‘Yoga for Humanity’ for the benefit and betterment of communities all around. 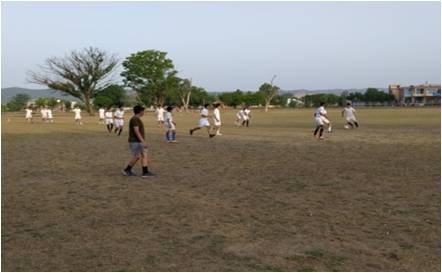 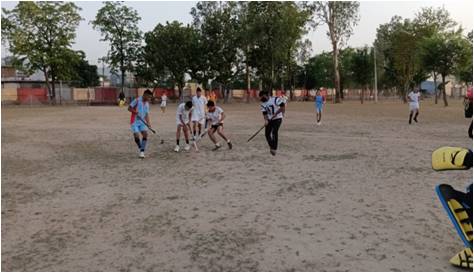 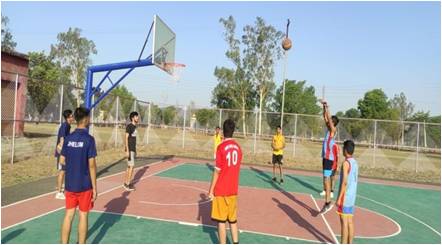 This Zonal Championship will comprise of a wide range of games and literary competitions like Football (Junior as well as Sub Juniors), Hockey, Basketball, Volleyball, Hindi and English Debates, Quiz and Dramatics.

This mega event will be formally inaugurated at Major Somnath Sharma Stadium, named after the first recipient of the country’s highest gallantry award Param Vir Chakra for his singular act of courage in J&K during 1947 operations.

Under the vision and foresight of the Principal Captain (IN) AK Desai, the school campus is resonating the missionary zeal in preparation of every aspect in great detail.

Entire academic and administrative mechanism is deeply involved in giving its services round the clock to execute diligent planning so as to make the event a spectacular success.

The winners of each sporting event will qualify to play Sainik School Sports Tournaments -2022 to be held at different venues later this year.

The school administration has made elaborate arrangements to accommodate and cater to the contingents from the participating schools that are expected to arrive by second week of July.

FOR NAGROTIANS ALL ROADS LEAD TO NDA / INA

WE HAVE A PROUD MOMENT